At the end of 2019, two weeks before I was set to attend a workshop in Tunis on rendering the Arabic language gender neutral, the newspaper where I work in Cairo was raided by Egyptian secret police. A couple of days earlier, they had arrested a colleague from his home in the middle of the night. We still didn’t know where he was when we were held incommunicado in our newsroom for several hours, waiting for the plainclothes officers to receive orders about what to do with us. Egypt is one of the world’s biggest jailers of journalists, for whom time in prison has become more common, while working conditions have grown worse. Three more colleagues were arrested from the office that day before everyone was released, thanks to an overwhelming international outcry. It felt like a miracle — it had been a long time since we’d seen anyone arrested for political reasons make it back out.

We spent the next couple of weeks on different kinds of damage control: personal, digital, editorial. We asked ourselves how we would survive as an independent, bilingual Arabic-English paper without slipping into self-censorship. We tried to rationalize a sense of threat that would now be a part of daily life.

I was still processing what had happened when I decided to go ahead with my trip to Tunis, in part because I didn’t want to add an important political and intellectual opportunity to the losses brought on by the state’s violence. I was also excited about the chance for a fresh engagement with Arabic, which is my second language. I often feel I am trying to catch up with Arabic, or perhaps chase after it.

“We would normally change the way we speak to sound more like eastern Arabic at a regional workshop like this one,” one of our Tunisian hosts said. “But this time, since we’re here in Tunis, we’re going to speak in our natural dialects.”

I was with a dozen feminist editors, linguists, music journalists, queer activists, satirists and podcast producers from around the region to talk about gender neutrality and inclusivity. The workshop was hosted by a Tunisian investigative magazine, which reports on topics from financial corruption to sex workers’ rights.

The Arabic-speaking world is categorized into eastern and western Arab countries, the Mashreq and the Maghreb, respectively, with Libya as a dividing line. Dialects change dramatically when one crosses from one side to the other — but, because politics of demography and empire have contributed to a historical hegemony of the East, only one side tends to comprehend the other. Eastern Arabic — Egyptian, Syrian, Iraqi — will more or less be understood in Tunisia, Algeria or Morocco, but the reverse is not the case.

So my hosts’ choice of dialect seemed fair enough. They were saying: You try and understand us, for once. It was humbling for me as someone from Egypt, the most populous and, historically, most culturally industrious Arab country, to work to understand their very different cadence and vocabulary.

I had landed in Tunis still shaken and found comfort in its small size, its coastalness. Tunisia, where the 2011 Arab uprisings actually began in December 2010, is hailed as the only country in the region whose revolution brought about a serious democratic transition. Tunis has emerged as a political and cultural haven of sorts while so many other ancient cities have been struggling against collapse due to war or financial ruin, or, as in the case with Cairo, have become hypersurveilled and hypercarceral.

It wasn’t always this way. It’s still within recent memory that Beirut and Cairo were frequently hosting meetings about gender, human rights, and critical urbanism, that students of Arabic knew Damascus was where you went if you wanted a deeper knowledge of the language.

Eastern Arab cities dominated the study and standardization of Arabic and have been gatekeepers of its interaction with other languages; the landmark Arabic-English and Arabic-French dictionaries cite academies of language in Baghdad, Cairo, and Damascus. There is Modern Standard Arabic, formalized in the East and disseminated around the region by the printing press in the 19th century to ease market activity. Mastery of the written word still means, to most Arabs, mastery of Modern Standard, which is used in high politics and in national media. This control over language was maintained by the East’s dominance in cinema, television, literature, and the arts.

Being in Tunis was an opportunity to discuss geographic power dynamics as an entry point to thinking about gender neutrality. How to talk about language without first confronting the mechanisms and historical forces that control it — such as uniform and exclusionary national curricula — and the ways in which these forces themselves are gendered? Which Arabic were we talking about? For whom?

One of the most impassioned interventions was by the editor of an Arabic magazine about sex and gender. She railed against “clean” Arabic — a kind of puritanism which, like with so many languages, rejects women’s bodies by branding the words that describe them and their bodily experiences as ugly or vulgar.

“We need to reclaim vulgarity. I am advocating for a vulgar Arabic, an angry Arabic,” she said, speaking in the dialect of her rural Tunisian village, which was very different from what was spoken in the capital, and which she explained would be considered unacceptable speech in many fora.

The need to think about gender neutrality comes from problems shared across languages — the use of “he” as a universal pronoun in systems of knowledge and governance has the same exclusionary effects for women and nonbinary people because it means the universe is conceived of without them. How, we asked, could we be open to the experiences and experiments carried out in other languages while also looking for solutions that might come from within, or integrate more easily to Arabic’s particular logic?

“We have to look to the history and diversity of Arabic itself; we can’t rely primarily on importing from other languages because in the end, with this importing, I will shoot myself in the foot,” the editor of a bilingual feminist journal said. “Society will say that I’m a Western operative, and the larger world will say that I had to run to the West to escape Arabic and its oppression.”

We spoke at length about the problem of nouns. Nouns are gendered in Arabic, which injects the binary right into the DNA of the language. Everything is either/or — there is no escape. Tables are feminine; so are cars. Seas, oceans and rivers are masculine. Verbs are conjugated to gender, so you know by the word whether the person who writes or the person who drives is masculine or feminine.

One practice some people use to get around this is to use a slash, conjugating the noun to the feminine on one side and masculine on the other. “I don’t like slashes because they’re clunky, and they are exclusionary to those who don’t identify as male or female,” said a Syrian linguist and editor whose work I admire and who could be described as one of the heavyweights in the room. “My main concern, though, is to simplify rather than complicate.”

I was the only person whose primary working language is English, not Arabic, leaving me with a bout of imposter syndrome. While there are certain feelings and impulses that I express better in Arabic, my English reading and writing skills are dominant. In situations where the fragility of my Arabic is spotlighted, I feel guilty for not working on it harder and earlier. I worry about the constructs of globalized culture and market forces that result in someone like me, who grew up between the US, Egypt and the Gulf’s international schools (but mostly the latter two), learning Arabic as such a clearly secondary language.

At lunch and at drinks that first day, people asked about Egypt and about the office raid, which they had all been following on social media. My sense is that Egypt is regarded by its neighbors as holding a sort of bloated, faded esteem: run-down, dysfunctional and in the grips of unprecedented levels of repression, but still familiar.

I tried to be open and cool. I needed to talk about what happened but I was reluctant to take up too much space, aware of the editors across the table from me who were exiled from Syria, of the Palestinian activist living under Israeli occupation, of the absence of anyone from Iraq, from Yemen.

When asked how journalists try to stay safe while working in Cairo, I mentioned that we put our phones in the freezer when we don’t want the state to listen. The Syrian linguist looked at me in horror, and said, “People do this in Syria, but I had no idea it had gotten that bad in Cairo.”

At the closing session, we shared our thoughts on how we would like to build on the past few days. The room was charged with bittersweet warmth, and this allowed me to say what I really thought: that Arabic, in the fragile moment of my arrival in Tunis, was for me a language of oppression, and that the workshop had given me a chance to find freedom in Arabic once again. That we need this kind of imagination within it so that we can keep going. “We can’t stop,” I said, “because stopping would be one kind of death.” In that moment, the Syrian linguist burst into tears.

About nine months later, during a long stay in London, I experienced a very early pregnancy loss. I had only known that I was pregnant for a few days before it ended. As my hormones roiled, I realized I couldn’t think of the Arabic word for what had happened; I hadn’t heard anyone speak about it very much in any language. When I did hear of it in Arabic, the speaker often went for the English word, throwing “miscarriage” into the middle of the Arabic sentence.

I thought I’d made my peace with it fairly quickly, but a couple of weeks later, I was surprised to catch myself flinching and looking away when I passed a pregnant woman on the street. I was hit with the value of the term “pregnancy loss,” which is a relatively new alternative to “miscarriage.” It feels more accurate to the experience.

To fall down; to tumble; to miscarry

When I finally looked up the Arabic word, what surprised me was how the act was placed with the embryo, or the fetus — it was the unborn being that fell, not its mother who miscarried. “Saqata” can be used for many other falls: A person can tumble, a building can collapse, a regime can be brought down.

Yasmin El-Rifae is a writer and editor based in Cairo, where she works with the bilingual newspaper Mada Masr. Her first book, Radius, an account of organized militant feminist resistance to mass sexual violence during the 2011 Egyptian revolution, will be published by Verso in 2022. 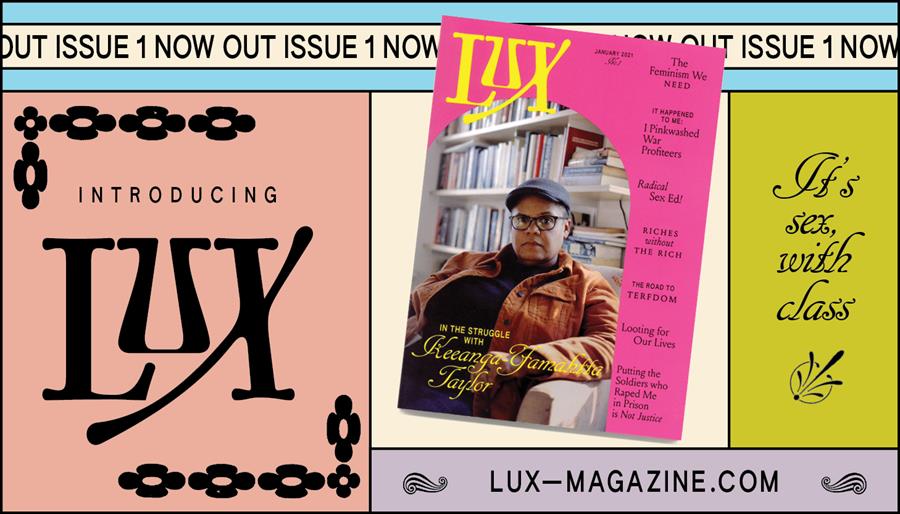